What Is Bloat And Why Is It Important To Get Help Immediately? 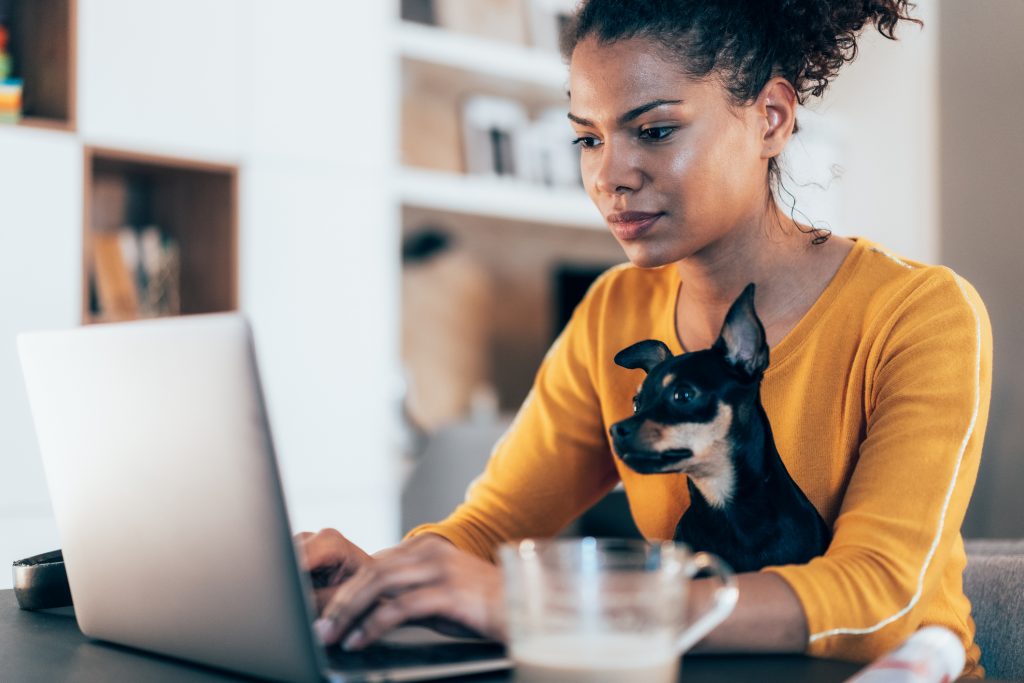 Bloat is a frightening and deadly disease that affects dogs. Many pet parents have suddenly discovered that their four-legged companion had a swollen abdomen and was in great distress. After getting to their vet, they were told that surgery was necessary for their beloved pet. They wondered what could have happened since there were no major signs of illness a few days earlier. Then, they were told that their dog had bloat.
Bloat is a terrible condition that requires immediate surgical procedures to keep the dog alive. You need to be aware of its causes, symptoms, treatment and prevention so your dog doesn’t succumb to this ailment.

Bloat is a critical condition called gastric dilatation-volvulus (GDV). It’s a veterinary surgical emergency. The stomach gets filled with gas (gastric dilatation), and then the stomach twists (volvulus). Pressure increases and stops blood from moving from the hind legs and belly back to the heart. Blood collects at the back of the dog’s body and reduces the working blood volume. Eventually, the dog goes into shock because of its bloated stomach.
But it doesn’t always end there. As the stomach twists, it draws the pancreas and spleen with it and cuts off blood flow. In this state, the pancreas lacks oxygen and it releases toxic hormones. When these hormones get to the heart, they stop it from functioning. That’s one of the reasons why bloat is so deadly. Without prompt and thorough veterinary care treatment, it could kill the dog.

What Causes Bloat In Dogs?

The causes of bloat aren’t as easy to predict as other pet diseases. But scientists believe it’s caused by factors related to the following:

The most widely accepted factor that causes bloat is anatomy. A large, deep-chested dog is more likely to have bloat than other dogs. The chest cavities in these dogs are much longer between the spine and sternum than the width of the chest when you look into the face of the dog, which is why they are prone to bloat.
However, you must note that small dogs also get bloat — including breeds like Yorkies and Dachshunds, but the rate at which dogs get bloat is still higher in bigger and taller dogs.

Which Dog Breeds Are At Risk For Developing Bloat?

The following breeds have the greatest risk of developing bloat:

What Are The Signs And Symptoms Of Bloat?

Some of the well-known symptoms of bloat in dogs include:

If bloat treatment is not implemented within a few hours, the dog will most likely go into shock. The dog’s heart rate will increase, their pulse will become weak and it will eventually cause the dog to die.

Is Bloat Dangerous For Dogs?

Bloat is extremely dangerous for dogs. The enlargement and twisting of the stomach restrict blood flow from the back and the lower limbs. Also, the heart won’t function normally anymore, and the dog can end up going into shock and dying without emergency vet care.

Yes. Bloat has killed many dogs. Initially, every dog that arrived at a vet clinic with bloat had a 50% chance of survival. However, thanks to the great work of vets over the years, the survival rate has improved to about 80%. While the effectiveness of the surgical procedure has improved over the years, bloat is still considered a surgical emergency and its complications can lead to death.

Treatment And Recovery From Bloat In Dogs

Vets begin by treating the dog for shock. As soon as the dog’s condition is stable, they’re slated for surgery. At least two surgical procedures are performed to treat this condition. First, vets will bring the stomach back to its original size. Then, they’ll turn it back to its normal position.

In some cases, additional work may be done to remove a damaged abdominal wall and to prevent bloat from reoccurring. Since most dogs tend to have a second bloat encounter, we attach the dog’s stomach to his abdominal wall. This surgical procedure is known as gastropexy, and it stops the stomach from twisting again.

How To Prevent Bloat In Dogs?

Preventing bloat has been a desire for many veterinarians for several years. One of the most effective ways to prevent bloat is through a preventive gastropexy. This is a surgical procedure used to tack the stomach to the abdominal wall, so it doesn’t twist. This procedure is typically recommended for at-risk breeds during their spay or neuter since they will already be under anesthesia (and in the case of female dogs, they will already have an abdominal incision).
The toughest aspect of prevention is to determine the dogs that have the highest risk of bloat so that the cost of this type of preventive measure can be justified.

Which Dogs Are More Likely To Have Bloat? 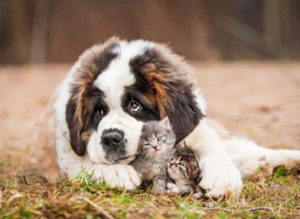 Over the years, scientists and veterinary researchers have sought ways to stop bloat. Here are some of their discoveries:

Other factors that increase a dog’s risk of bloat include:

Steps To Prevent Your Dog From Developing Bloat

As a pet owner, you can take these preventive steps to make sure your dog doesn’t experience bloat:

For more information about how to prevent and treat bloat, call University Animal Clinic now at 941-355-7707. We offer special vet services, including unique wellness programs and care for exotic pets. Visit us today for a consultation if you want excellent, compassionate care for your pet in Sarasota, Lakewood Ranch or Bradenton. Book your appointment online!