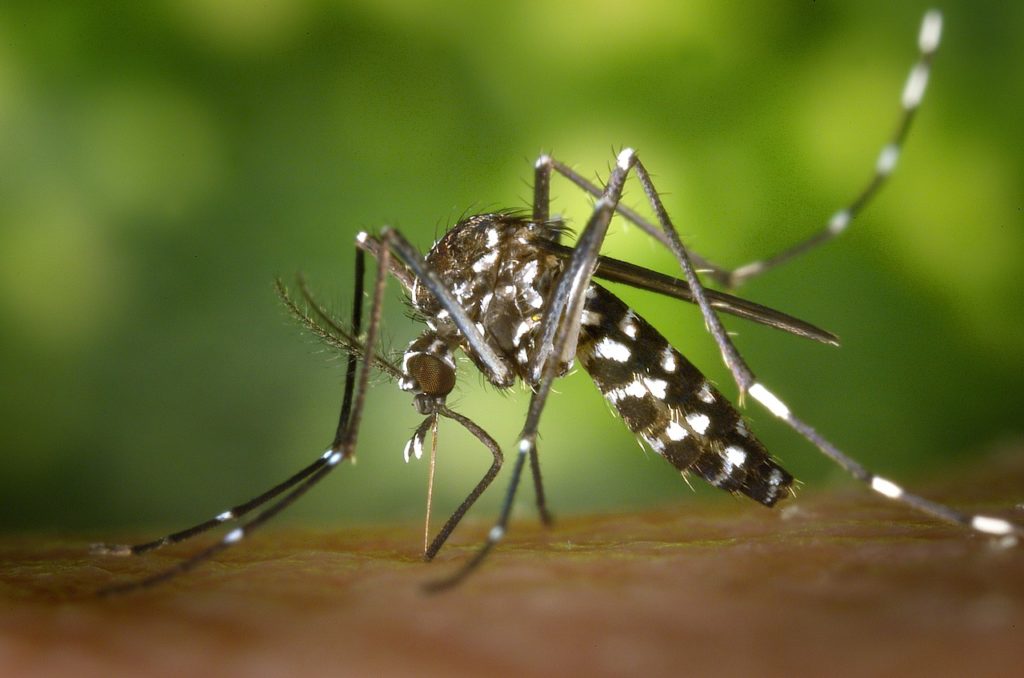 There is news coming out of the Southwest counties of Florida of a large population of Salt Marsh Mosquitoes that do not transmit Zika but are found to be a vector for heartworm disease. Due to recent high tides causing flooding in numerous mangroves this Salt Marsh Mosquito population has exploded, they have even been found up to 12 miles offshore. These and other species of mosquitoes are the carriers of microfilaria and as such transmit heartworm disease. At this point, I’m sure you’re asking what microfilaria are and how your dog may contract heartworm disease.

What Happens When A Dog Is Bitten By A Mosquito?

Microfilaria are the microscopic baby worms that circulate within the bloodstream of an infected dog. When the mosquito bites a dog infected with heartworms it picks up these baby worms which then mature into the infective stage about 2 weeks later inside the mosquito. Once this mosquito bites another susceptible pet these infective worms are deposited into their new host. They can remain in the skin for up to 2 months before traveling into the bloodstream. Once inside the pet it will take another four to six months for these infective worms to mature into adult heartworms. As they mature they can travel through the bloodstream and into the heart.

Our most common heartworm test is a snap test that can be performed in the hospital and only takes about 8 minutes to get the results. Unfortunately this only tests for the adult worms which is why if a dose of prevention is missed we need to retest in 6 months as it may take that long for the baby worms to become adults. There are tests we can perform to test for microfilaria which can be done by a technician who using a microscope and a slide with a drop of blood on it to look for the microfilaria.

Once adult heartworms are present they can live within the pet for five to seven years. It is within this adult phase that they can then produce microfilaria. These microfilariae, if not taken up by a mosquito, can survive in the bloodstream for one to two years. This means that a pet unknowingly infected with heartworms could be potentially spreading disease for up to 7 years. This is one of the reasons we and the American Heartworm Society recommend testing all pets yearly for heartworm disease. The sooner we can diagnose a pet with heartworm disease the better their prognosis is with treatment.

If the early stages of heartworm disease your pet will likely show no signs. The symptoms associated with heartworm disease vary and include: coughing, reluctance to exercise, decreased appetite, and weight loss. At more progressed stages it can include signs similar to that of heart failure such as a swollen belly due to fluid, heart murmur, difficulty breathing, and dark bloody urine. This end stage heartworm disease is called Caval Syndrome and can become life threatening quickly.

Heartworm disease is preventable and this is why it breaks our hearts to see pets dying of a disease so easily avoided. There are numerous options available now for prevention ranging from a monthly chewable (Heartgard), a monthly combination flea and heartworm tablet (Trifexis), and even an injection that has prevention against heartworms for 6 months (Proheart). Talk to your veterinarian about which prevention is best for you and your pet and how we can make sure your furry family is safe from Heartworm disease.