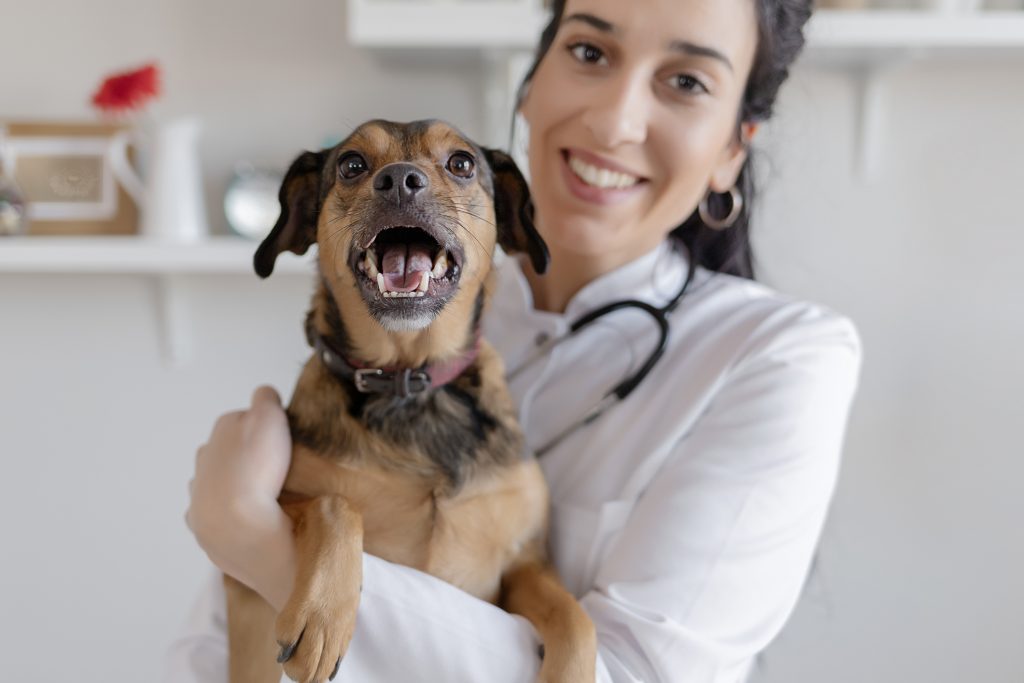 Giardia is a parasite that infects cats and dogs, leading to a disease that can cause them grave harm. Below, we’ll discuss the symptoms of Giardia infection and the treatment options available.

What Is A Giardia Parasite?

What Are The Signs And Symptoms Of Giardia In Pets?

Common signs and symptoms of Giardia infection in both pets and humans include:

Many people and pets who are infected with Giardia don’t show any signs or symptoms.

Pet owners, you should consult University Animal Clinic for a medical examination if you suspect that your pet is showing signs of Giardia infection.

Can Humans Contract Giardia From Pets?

Your risk of contracting Giardia infection from your cat or dog is quite small. The type of Giardia parasite which infects humans is not the same one that infects mammals like cats and dogs. However, you must also note that some rodents and other mammalian species may harbor the type of Giardia that affects humans. So, if you have exotic or household pets exhibiting giardia symptoms, you need to consult your veterinarian for a checkup.

How Does Giardia Spread?

Anything that has contact with the feces of infected animals or humans may become contaminated with a Giardia duodenalis parasite. However, animals and humans only become infected if they ingest or swallow this parasite. The parasite is not transferred through blood contact.

How Can My Cat Or Dog Become Infected With Giardia?

Your pet can become infected in any of the following ways:

Puppies and kittens (young pets) have a higher risk of contracting this illness than adult pets.

How Do You Protect Yourself If Your Pet Has A Giardia Infection?

While the risk of contracting Giardia from your pet is minimal, you can take these steps to reduce your exposure to a Giardia infection:

How To Treat Giardia In Pets

If you observe that your pet has recurrent diarrhea, call your vet immediately. Take your pet to your vet early to prevent complications like dehydration that can occur with persistent gastrointestinal issues.

Your vet will run tests on your pet to diagnose and treat Giardia. Bear in mind that there are no over-the-counter medications that can be used to treat this condition. Only a licensed veterinarian can carry out a proper Giardia diagnosis for your pet and prescribe the appropriate treatment.

Call University Animal Clinic at 941-355-7707 or schedule an appointment online to receive the highest quality vet care for your furry friend. We have effective pet wellness plans that will help you reduce the cost of keeping your pets healthy. If you suspect your pet needs Giardia treatment, we’ll provide a thorough examination as soon as possible.