Heartworm Disease: Not Just In The South Anymore 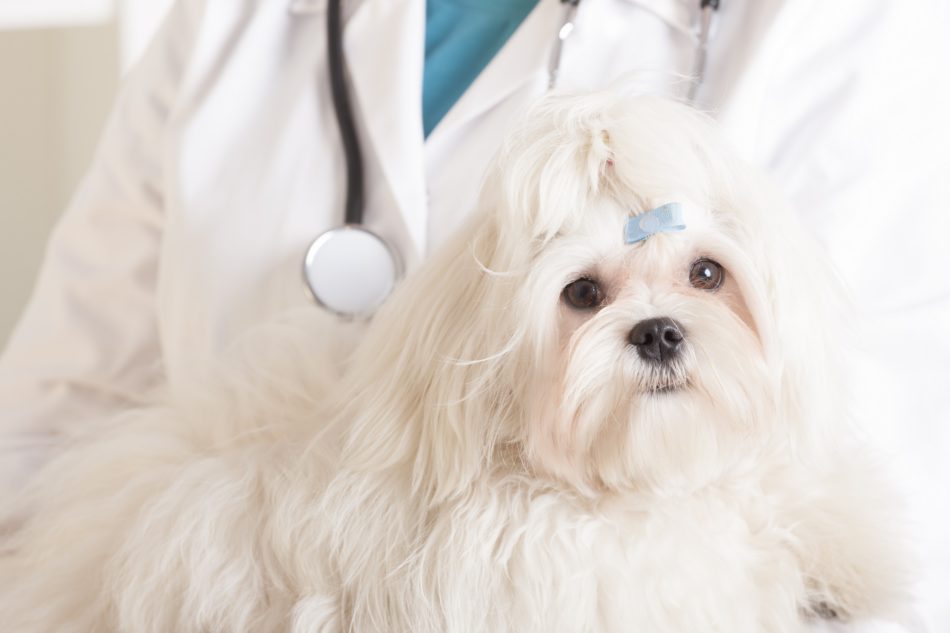 Rainy season is upon us and what a rainy season it has been; there were days I thought we’d need a boat to get to work. As I look at the puddles and standing water left in my yard, as a veterinarian the first thing that comes to mind is how bad the mosquitoes are going to be and in turn the spread of heartworm disease.

What Is Heartworm Disease?

Heartworm disease is a very serious and potentially deadly disease in our pets that we can prevent. It is caused by a large worm that lives in the heart and lungs of both dogs and cats, but can also affect other mammals such as wolves, foxes, and even sea lions.

After natural disasters such as Hurricane Katrina as many as 250,000 pets, many of which were infected with heartworm disease, were displaced from their homes. Widespread adoptions and heartworm positive pets being shipped throughout the country to new homes have led us to see heartworm disease being diagnosed in all 50 states. Stray dogs and wildlife can propagate the spread of infected pets and mosquitoes. Due to this, it is becoming harder to predict risk factors. Dogs are considered a natural host which means the immature microfilaria can mature into an adult worm inside the pet. Cats are not a natural host and so microfilaria does not survive to the adult worm, which can be even harder to diagnose.

How Do Pets Get Heartworm Disease?

Mosquitoes are the main player in the transmission of heartworm disease between pets. A mosquito will bite an infected pet where they will pick up microfilaria or “baby worms” which will develop into an infective larval stage within the mosquito. The infected mosquito will then bite another pet passing along the larvae. It will then take these larvae 6 months to mature into adult heartworms within the dog or cat. These worms once adults can live for up to 5-7 years in dogs and 2-3 years in cats.

Symptoms in dogs and cats can be quite different. Initially, there are generally few to no noticeable symptoms which is why heartworm disease is so scary. Once the later stages of disease develop more symptoms will become noticeable but also the more damage that has been done. In dogs, they can have signs similar to heart disease such as cough, exercise intolerance, fatigue, decreased appetite and weight loss. In cats their symptoms tend to be more respiratory in nature such as asthma-like attacks, vomiting, and coughing, fainting or even seizures.

Due to the lack of symptoms in the early stages of disease early detection is key. The earlier we diagnose and treat heartworm disease the better the prognosis. The American Heartworm Society, established in 1974, recommends that pets be tested annually. They also state to “think 12”: get your pet tested every 12 months and give your heartworm prevention 12 months a year. Puppies should be started on heartworm prevention right away and then tested 6 months after their initial visit and annually after that. One question we are often asked is why test annually if they are on prevention every month? The answer is that no medication is 100% effective and we want to ensure the prevention is working. Also if you miss even one dose or give it late your pet could be left for a period of time unprotected and susceptible to disease. It only takes one mosquito bite and the earlier we detect disease the better the outcome for your pet.

If your pet is diagnosed with heartworm disease it can be a scary and stressful time but there is a treatment available for heartworm positive pets. Unfortunately, the treatment can be costly and is a painful series of injections. The first step we take is to perform blood work; to confirm the diagnosis and check their organ function, and radiographs to make sure their heart and lungs are stable. The treatment is called Immiticide and is given in a series of 3 injections, one given initially then the second two are given a month later on consecutive days. These injections are given in the back muscles and most veterinarians will recommend sending home pain medications afterward. After the treatment, you will want to restrict your pet’s activity, as difficult as this part can be for many pets it is critical for a positive outcome to prevent damage to the heart and lungs. We will then recheck their heartworm test 6 months later to confirm they are no longer positive.

The good news is heartworm disease is completely preventable for our domestic pets. There are many prevention options you can talk to your veterinarian about from an injection that lasts for 6 months to a chewy treat. With heartworm disease, the old saying “an ounce of prevention is worth a pound of cure” has never been truer.