Heartworm 101 For Dogs And Cats 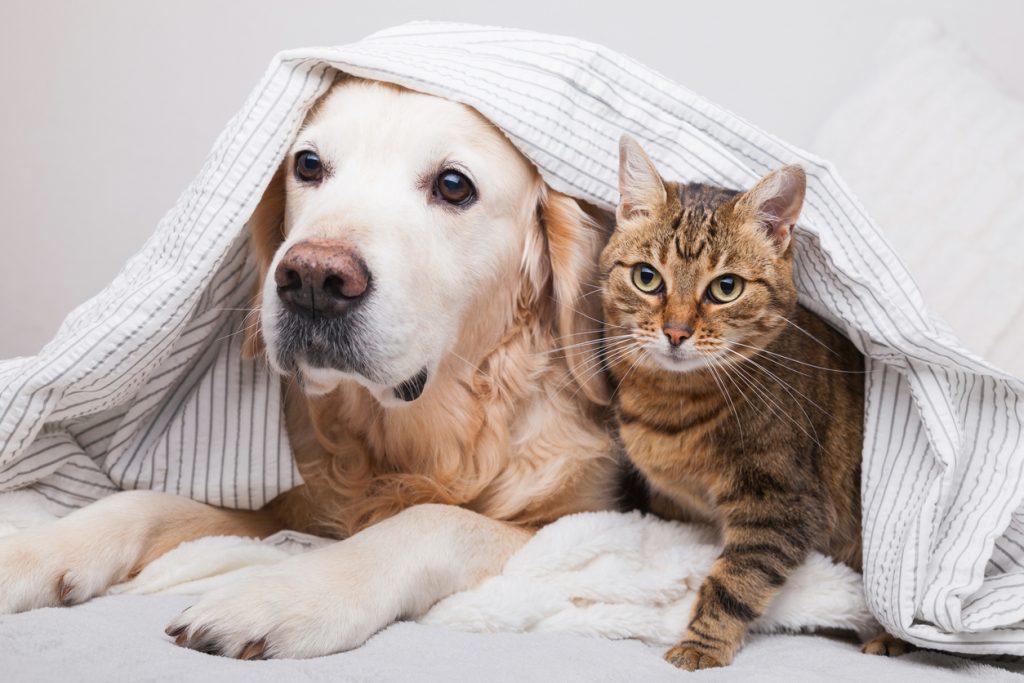 Heartworm disease is generally considered a condition that only affects dogs, but many other mammal species can suffer from it or act as carriers.

Heartworms have been known to infect dogs, cats, ferrets, wolves, coyotes, sea lions, and there have even been reported cases of human infection as well.

Severe lung disease, heart failure, and damage to other organs is caused by foot-long worms that colonize in the heart, lungs, and blood vessels of the affected animal.
​
In a natural host such as dogs, heartworms are able to fully mature into adults, mating and producing offspring. Some dogs have been found with several hundred fully grown worms in their bodies. The worms cause lasting damage and affect the dog’s health for years even after the parasites are removed.
​
Cats, as an atypical host, can be infected, but the worms rarely survive into adulthood and so are unable to reproduce. This doesn’t mean there is no damage done — even immature worms can cause harm — but it does mean that cats often go undiagnosed because they do not have the symptoms dogs present. Cats often end up suffering from Heartworm Associated Respiratory Disease (HARD) because the medication that treats heartworm in dogs cannot be used in cats.
​​

How Are Pets Infected?

​Heartworm disease is transmitted through mosquito bites. When a mosquito bites an infected animal, tiny worms called microfilaria are ingested by the mosquito. These mature over the course of 10-14 days into an “infective stage” at which time a mosquito bite transmits the larvae into a new animal. Once inside the bloodstream, the larvae mature into adult worms within 6 months, living 5 to 7 years in a dog and, when able to reach maturity, 2 to 3 years in a cat. Adult female worms produce more microfilaria which circulate in the bloodstream until they are also picked up by a mosquito.
​

What Are Common Signs And Symptoms Of Heartworm Disease?

​Dogs often show few symptoms in the early stages of the disease. Long-term infections will show as a mild cough, fatigue, lethargy, decrease or loss of appetite, weight loss, and a disinterest in exercise or play. As the disease progresses a swollen belly, due to accumulating fluids, may be noticed. Dogs with large infestations may develop sudden blockages within the heart called caval syndrome. Symptoms of caval syndrome include sudden onset labored breathing, pale gums, and dark, sometimes bloody, urine. Surgical intervention is required for survival when these symptoms present.
​
Heartworm disease in cats will generally either present very subtle or very dramatic symptoms. While some cats will have no outward signs of distress, other cats will have asthma-like attacks, difficulty walking, fainting spells or seizures, though in some cases the first sign of distress is sudden collapse or death.
​

What Tests And Treatments Will My Veterinarian Perform?

​When these symptoms are seen in your pet, a veterinarian will test for heartworms with an antigen test. If it comes back positive a second test should be performed to confirm the diagnosis as the treatment regimen for heartworms is both complex and expensive.
​

If your dog tests positive for heartworms, the first step in treatment is to stabilize him. Severe cases of heartworm disease or cases where a dog already has underlying medical issues can take months of therapy before the dog is ready to start treatment. This includes strictly limiting exercise as any physical exertions increase the rate at which the heartworms cause internal damage.
​
A dog with these limitations on physical activity can suffer from boredom and may eventually become depressed. It is important that you interact with your dog in a loving and calm manner. Keeping his crate near you in the house will help him feel less isolated, especially if you make a point of talking to him as you carry out your daily activities. A long-lasting chew toy (if approved by your veterinarian) can also be a source of entertainment.
​
Once your dog is stabilized a treatment that consisting of several steps will be recommended. The American Heartworm Society has developed guidelines for treatment that depend on the severity of the infection and complications that arise from it. Dogs with few signs of heartworm disease generally have a higher rate of successful treatment.
​

Diagnosis in a cat requires a physical exam, blood count, and other blood tests, x-ray, and possibly an ultrasound as well. There is no approved drug therapy for cats as infections often resolve on their own, though damage will still remain. Treatment in mild cases consists of stabilization and management of presenting symptoms. In more severe cases hospitalization may be recommended to provide therapy including antibiotics, IV fluids, drugs to support heart and lung functions, and in some cases, surgical removal of heartworms.
​

How Do I Protect My Pet From Heartworms?

​To combat an initial infestation or to guard against a subsequent infection, preventative medication must be administered to both cats and dogs on a monthly basis. Preventatives are available in a topical gel or in pill form. A dog will need to be re-tested in 6 month intervals until cleared by your veterinarian and will require monthly preventatives for the rest of his life.
​
Some pet owners think that they can skip the preventative in the winter months as it is too cold for mosquitoes, but it is very easy to forget the first dose in the spring or to have a sudden warm spell that allows mosquito populations to build before remembering to treat their pet. It is best to have a set day every month to administer the medication to ensure the continued good health of your pet.